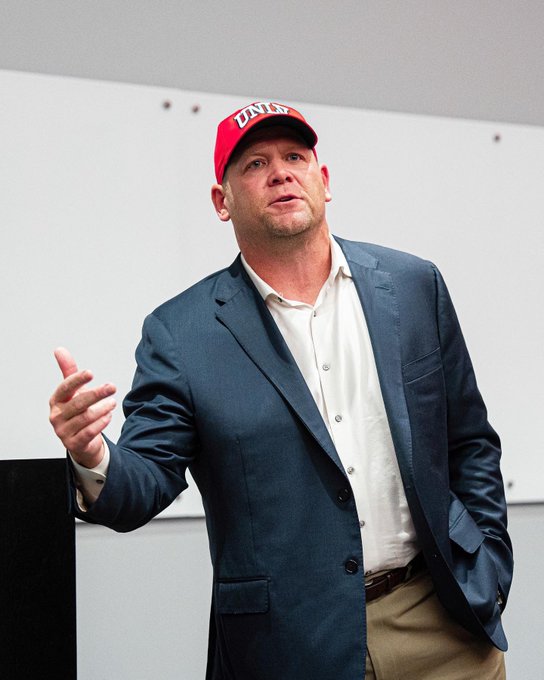 One week after letting football coach Marcus Arroyo go, the UNLV administration has hired Barry Odom to lead the charge.

Odom comes from the University of Arkansas, where he was defensive coordinator. He does have head coaching experience, however, as he led the University of Missouri from 2016-19. In those four years, the Tigers went 25-25, with two winning seasons and playing in two bowl games.

By contrast, the Rebels in the past 25 years have had two winning records and went to two bowl games.

“I’m honored to be here,” he said while addressing the team today in a video posted by the UNLV football twitter page. “I’m excited to be here. The thing that Harp talked about. The pursuit on what they put together in trying to find the next head coach to lead this group. The moment I knew this job was open, I knew I wanted it. I wanted it for a number of reasons because of opportunity. I watched film from last year and watched you guys play. The way we’re going to take this program and then go and compete and win championships, it starts with this core group. It starts right here.”

Odom will be formally announced at a news conference on Wednesday morning.

Arroyo was fired after a 5-7 season, but won only seven games over a three-year span. The Rebels had a six-game losing streak during the season, including a loss at Hawaii that kept the Rebels from qualifying for a bowl game even after a 4-1 start to the season.