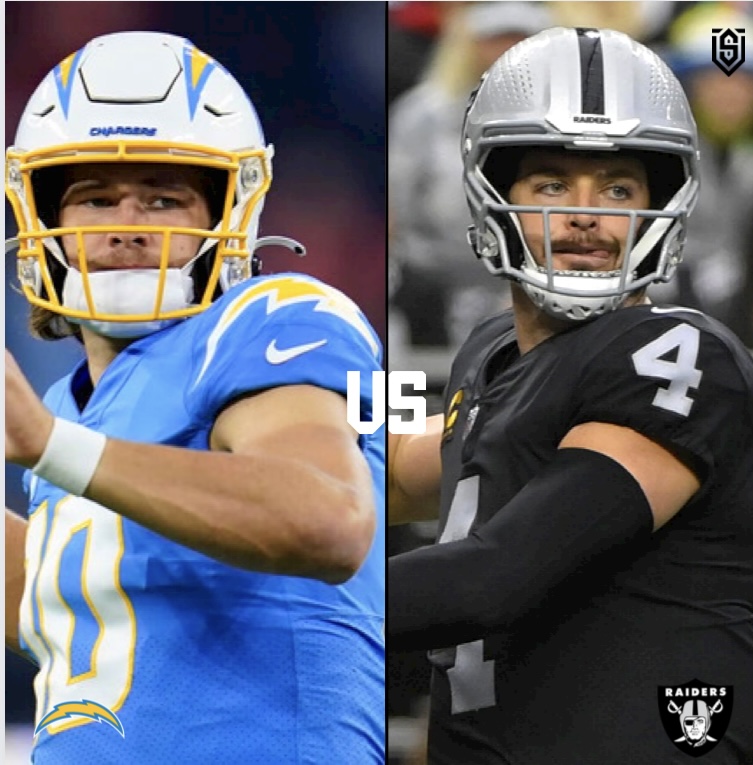 Derek Carr and Justin Herbert are both good quarterbacks. They both have had some solid quarterback play this season. But who is better? Let’s take a look at their stats and see where they rank against each other in this Week 13 matchup.

In case you missed it: Week 12 QB ranks.

Per NFL.com: This version of Carr and the Raiders can turn things around. Especially when Carr displays the neck-up toughness he flashed in Sunday’s win at Seattle. After throwing a pick to Seahawks safety Quandre Diggs on the game’s first pass — then another to Diggs off a tip two drives later — Carr reframed to deliver six scoring marches down the stretch. He was heavily bolstered by 300-plus scrimmage yards from RB Josh Jacobs, but the quarterback made his share of throws. Carr’s game is an up-and-down, good-but-not-great journey, but his higher moments are enough for the Raiders to double as an AFC berserker in the weeks ahead.

Herbert’s Sunday heroics landed just in time. Coming off a pair of tilts that saw him throw final-drive picksagainst the Niners and Chiefs, the finally-healthy starter put the Chargers on his back with a pinpoint, on-the-move touchdown dart to Austin Ekeler followed by a two-point toss to Gerald Everett that carved out a 25-24 lead over the Cardinals with 15 ticks on the clock. Ponderously slammed as a Social Media Quarterback, Herbert makes throws on a weekly basis that set him apart. His deep strikes nab all the attention, but closing out Sunday’s win showed growth.

“Smooth like chocolate milk,” coach Brandon Staley said of the lob to Everett on the gutsy two-pointer. “… The way Justin played today is what makes him so special. We wouldn’t have won without him.”

After exploring the data, it’s clear that Herbert the better quarterback than Derek Carr. He has a higher passer rating, QBR, and completion percentage. He also averages more passing yards per game and has a higher touchdown to interception ratio. With Herbert at quarterback, the Chargers have a chance to make a run for the playoffs.