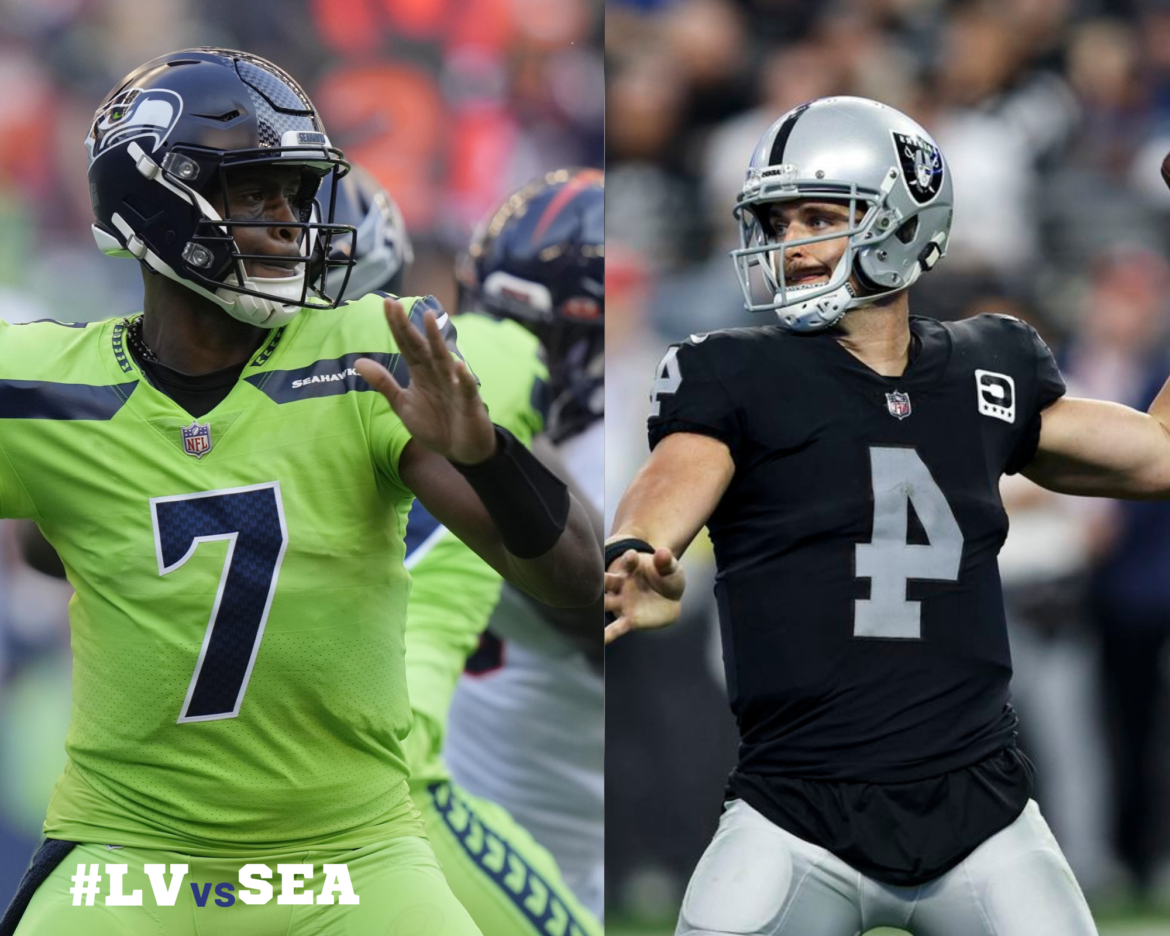 Derek Carr and Geno Smith are both good quarterbacks. They both have had some solid quarterback play this season. But who is better? Let’s take a look at their stats and see where they rank against each other in this Week 12 matchup.

In case you missed it: Week 11 QB Ranks.

Per NFL.com: When Carr and Davante Adams gather in the garage to jam, fine music can be heard throughout the neighborhood. The BFFs combined to torture a Denver defense that allowed Adams to gash them for 141 yards and two scores, the first an on-point strikeinto double coverage and the second a walk-off overtime thriller. The win moved Vegas to 1-6 in one-score games this season. The victory also marked Carr’s league-leading 19th game-winning drive since 2018. Impressive tidbit, but it fails to paint a more accurate picture of a passer all over the map in 2022.

Per NFL.com: Bye Week Update: Let’s simply appreciate a human being who overcame half a decade tucked away in the shadows to emerge as a heady, highly accurate passer imbued with underrated deep-ball fire. Smith has been the league’s top story under center. Justin Fields blooming into a superstar is right there, too, but Geno reminds us that we’re never fully cooked when chasing the dream. On last week’s Around the NFL Podcast, former NFL QB Mark Sanchezexplained that Smith has been preparing for this personal uprising all along. The Seahawks aren’t a viable NFC contender without his gifts.

Geno Smith is having a better season then Carr. Some sports pundits do not consider QB wins as an official “QB stat,” because it is a team win, however quarterbacks tend to have the ball in their hands for more than fifty percent of the game. Smith’s record clearly indicates that he is the better QB in 2022. Derek Carr hasn’t got much help from his defense either.

Las Vegas has played in seven one-score games in 10 games thus far, but they finally won their first one-score game in Week 11 against Denver. NFL Next Gen-Stats also show that since 2015, Derek Carr has had more game winning drives (29) and fourth quarter comebacks (23) then any other quarterback in the NFL– making him the overall better quarterback. Geno Smith has the edge this season in terms of QB play.