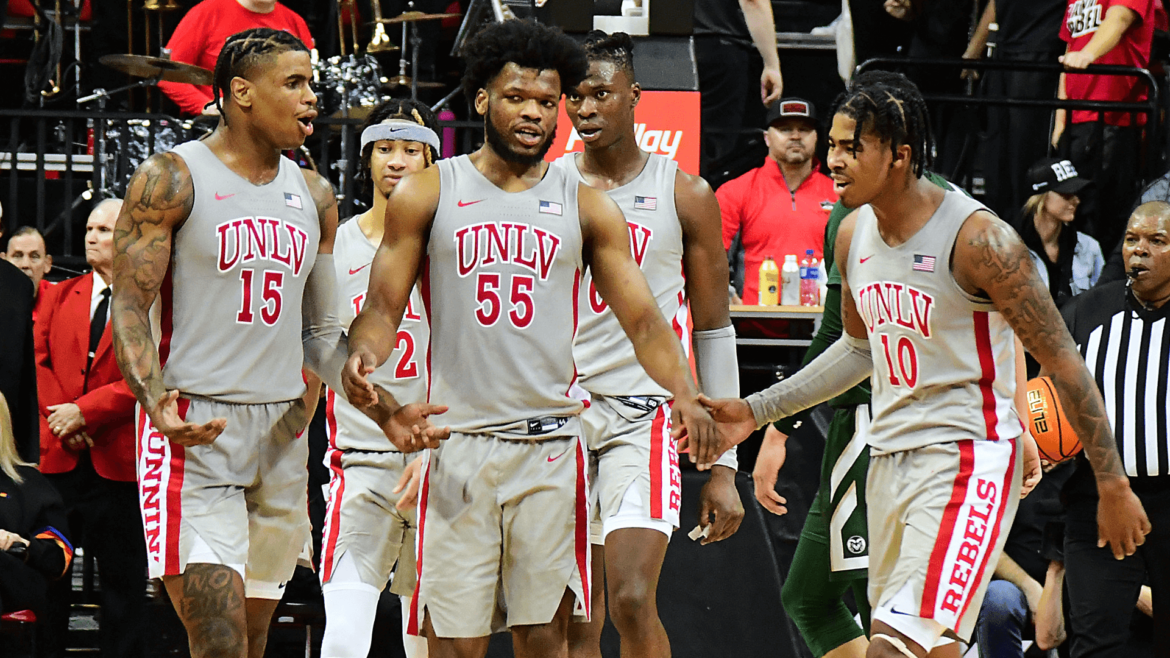 LAST TIME OUT: In its last outing, UNLV suffered a heartbreaking defeat at home to Colorado State in overtime, 82-81. The Runnin’ Rebels held a four-point lead with eight seconds left in regulation and another four-point advantage with 35 seconds left in OT. CSU’s Isaiah Stevens was the hero as he hit multiple 3-pointers late in each period to give the Rams the victory. EJ Harkless scored 26 of his career-high 33 points after halftime, while Justin Webster added 15 points and Luis Rodriguez contributed 12.

ABOUT THE OPPONENT: Utah State had won three straight games before its current stretch of losing two of its last three. The Aggies are coming off of an 85-70 road loss at UNR on Friday night. USU is 8-1 at home this season with its lone loss coming to Weber State in December (75-72). Utah State is led in scoring by Steven Ashworth (15.6 ppg, 6th in MW) and Taylor Funk (14.1 ppg). Dan Akin leads the team in rebounding (7.3 rpg, 5th in MW), while Max Shulga (4.4 apg, 4th in MW) leads in assists. The Aggies lead the conference in 3-point field-goal percentage (.426, 1st in the nation) and are second in scoring (81.2 ppg, 24th in the nation) and assists (17.3 apg, 16th in the nation). Last season, USU was 18-16 overall and finished seventh in the MW with an 8-10 league mark. The Aggies lost at home in the first round of the NIT to Oregon to end their season. This season’s team was picked to finish eighth out of 11 in the MW’s preseason poll. Utah State’s 15-man roster includes 11 upperclassmen. The Aggies are coached by Ryan Odom who is in his second season at the school with a record of 32-20 (.615) and is in his ninth year as a collegiate head coach with a career mark of 158-101 (.610).

BROADCAST INFO: Tuesday night’s game will be broadcast on the Mountain West Network. Jon Sandler, former Runnin’ Rebel Curtis Terry and Steve Cofield (sidelines) will handle the UNLV radio call, which may be heard live on ESPN Radio 1100 in Las Vegas. All streaming links and live stats will be available at UNLVRebels.com and through the UNLV Rebels App.