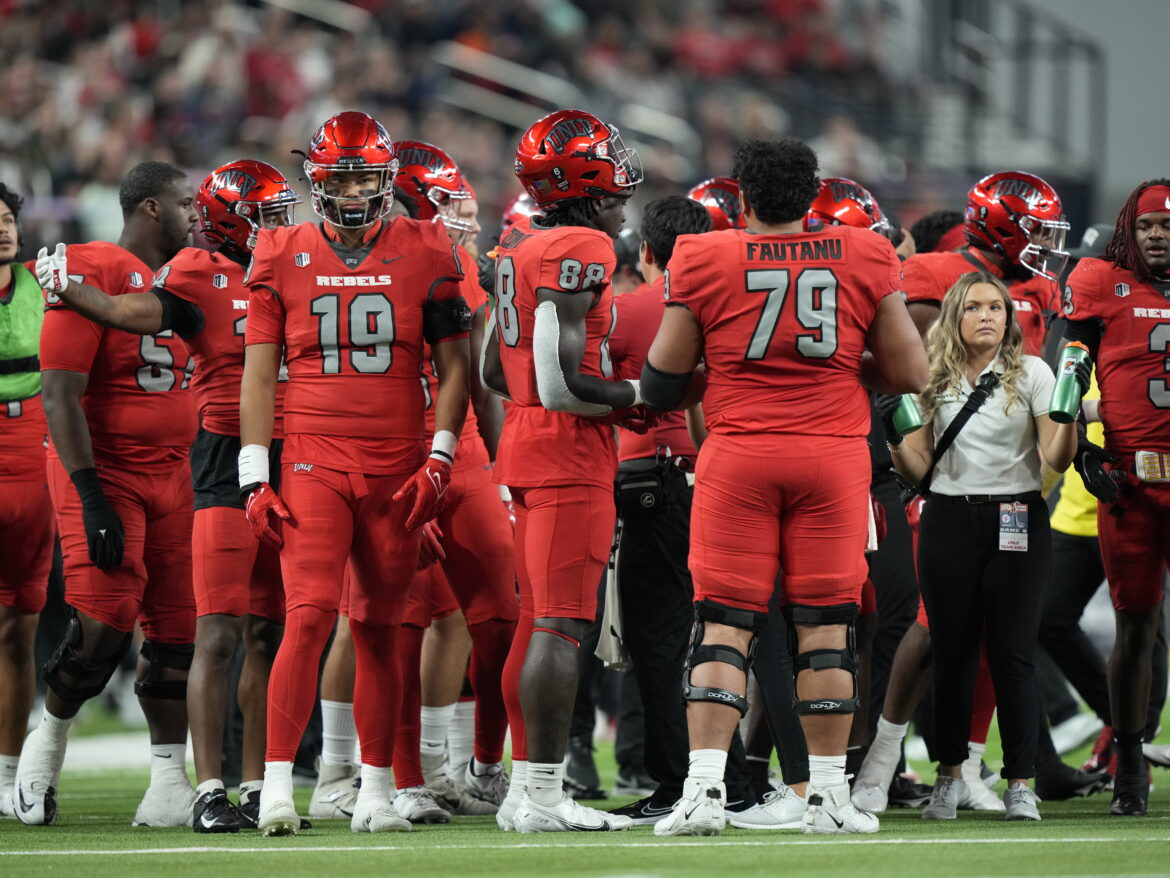 The last sliver of hope for the UNLV football team to extend its season and reach a bowl game — despite not reaching the six-game qualifying number — went up in smoke Friday as the University of Buffalo reached bowl eligibility with its sixth win of the season with a 23-22 win over Akron.

Why did this game matter for the Rebels’ chances of getting to a bowl game?

First, UNLV’s loss to Hawaii two weeks ago dropped the Rebels record at the time to 4-7, making it mathematically impossible for UNLV to get to the six-win mark. UNLV came back to edge Nevada to win the Fremont Cannon last weekend and finished the season 5-7.

At that point, however, it looked like there might be two possible spots open for those with 5-7 records because not enough teams were going to reach the six-win plateau. The Rebels were second in line among the 5-7 teams based on their academic progress rate, which was second only to Rice.

But the first of those spots was filled when New Mexico State was granted a waiver for qualification despite its five-win season. The reason the waiver was granted was because a game scheduled against San Jose State earlier this season was cancelled when one of the San Jose State players died in an accident hours before the game.

That left only one possible team with a chance to get to six wins: University of Buffalo. All the Bulls had to do was beat the 2-9 (at the time) Akron Zips. Rebel fans were encouraged as the Zips jumped out to a 16-0 lead midway through the first half.

The rollercoaster ride continued as Akron scored and took a 22-17 lead in the fourth quarter. It seemed the Zips were gonna put the game away when they intercepted a pass late in the game. But on the next play, Akron gave the ball right back on a fumble.

This time, the Bulls cashed in on a 16-yard touchdown pass from Cole Snyder to Quian Williams and a 23-22 lead with 1:15 left in the game. Akron’s last possession ended in an interception.

So UNLV’s season is officially over. Now the next order of business is hiring a new football coach to replace Marcus Arroyo, who was shown the door after a 5-7 season that started 4-1.