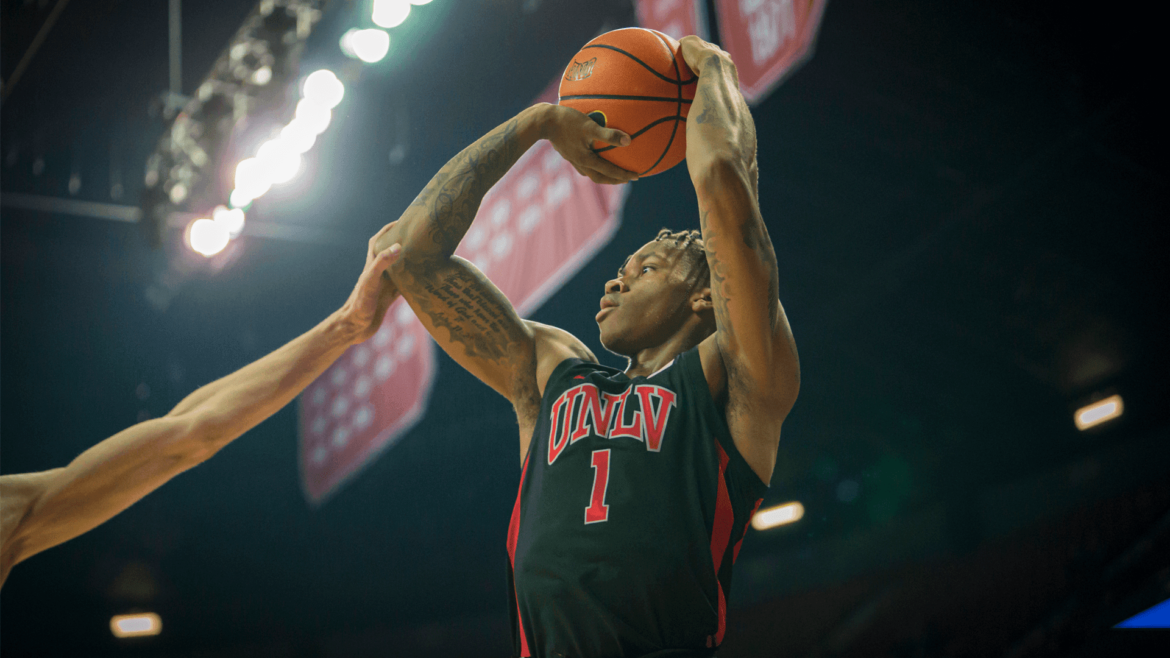 After starting the season 7-0 for the first time in 11 years, which has included a win over then-No. 21 Dayton and capturing the SoCal Challenge title just before Thanksgiving, the UNLV men’s basketball team will travel to San Diego to play its first true road game of the season against USD on Saturday, Dec. 3 at 7 p.m.

LAST TIME OUT: UNLV recorded a 72-point win (126-54) last Saturday against Life Pacific, a NAIA school from San Dimas, Calif., at the Thomas & Mack Center. The margin of victory was one point shy of the Runnin’ Rebel record. Five UNLV players scored in double figures led by Karl Jones’ double-double of 20 points and 12 rebounds. Jackie Johnson III added 14 points, Keshon Gilbert scored 13, Jordan McCabe contributed 12 and David Muoka had 11 as 14 of the 15 Runnin’ Rebels scored in the contest. UNLV shot 61.9% (52 of 84) from the floor and 57.7% (15 of 26) from 3-point range.

ABOUT THE OPPONENT: San Diego (5-3) started the season winning four of its first five games with the lone loss during that stretch being to Utah State in overtime. The Toreros have since dropped two of their last three contests. USD has five players averaging double figures in scoring led by Jase Townsend’s 16.5 ppg. Eric Williams Jr., who is second on the team in scoring (14.7 ppg), leads the team in rebounding (10.3 rpg). Sigu Sisoho Jawara is the team’s assist leader (3.8 apg). San Diego finished the 2021-22 season with an overall record of 15-16, finishing seventh in the West Coast Conference with a 7-9 league mark. This season’s team was picked to finish eighth in the WCC’s preseason poll. The Toreros’ 19-man roster includes eight upperclassmen. USD is coached by Steve Lavin, who is in his first year with the school and has a career mark of 231-136 (.629).

BROADCAST INFO: Saturday’s game will be broadcast on the WCC Network with Jack Cronin calling the action. Jon Sandler, former Runnin’ Rebel Curtis Terry and Steve Cofield (sidelines) will handle the UNLV radio call, which may be heard live on ESPN Radio 1100 in Las Vegas. All streaming links and live stats are available at UNLVRebels.com and through the UNLV Rebels App.

LAST SEASON: The Runnin’ Rebels turned in a successful season in 2021-22, their first under head coach Kevin Kruger, winning 18 games, which marked the most for UNLV in four years. The team went 10-8 in Mountain West play, exceeding preseason expectations with a fifth-place finish in the league standings. With a revamped roster that included nine transfers, the team continually improved as the season progressed, advancing 43 spots in the KenPom ratings along the way. Under Kruger’s leadership, three UNLV individuals earned All-Mountain West accolades last season: Bryce Hamilton (First Team), Donovan Williams (Sixth Man of the Year) and Royce Hamm Jr. (Honorable Mention).