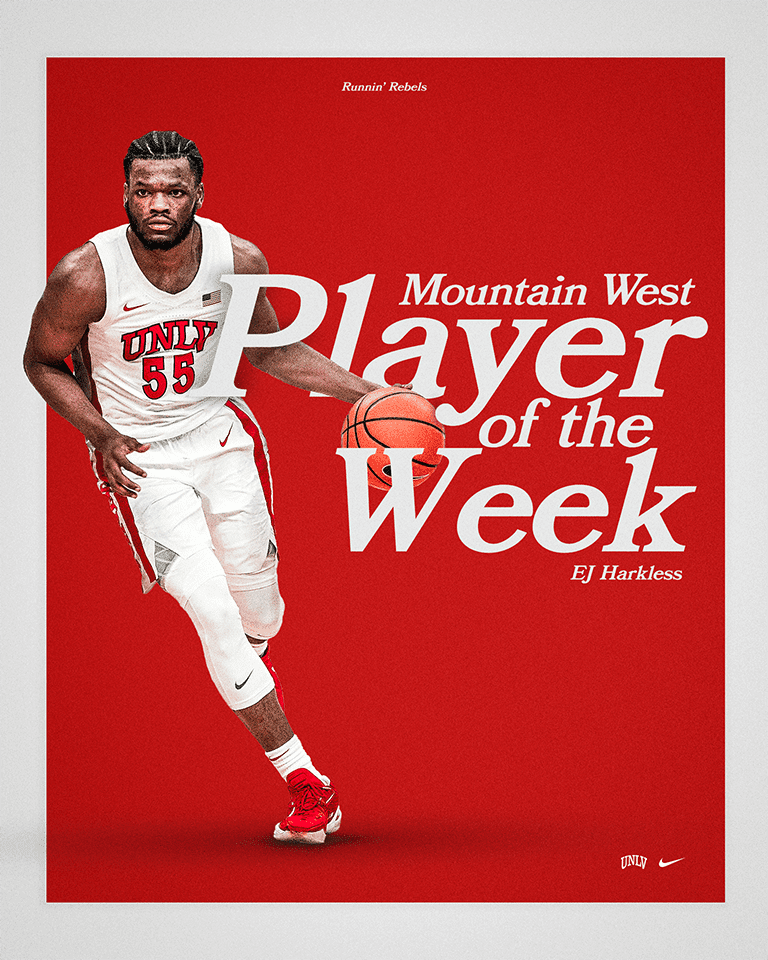 UNLV senior EJ Harkless was named the Mountain West Men’s Basketball Player of the Week, the league announced Monday. It is the first such honor for a Runnin’ Rebel this season.

The Runnin’ Rebels, who have started the season 5-0 for the first time in five years and are now receiving votes in the Associated Press Poll, defeated No. 21 Dayton (60-52) and High Point (78-68) last week. The Rebels defeated Southern Illinois, 56-49, on Monday night in the SoCal Challenge in San Juan Capistrano.

Originally from San Bernardino, California, Harkless, a 6-foot-3-inch guard who transferred to UNLV from Oklahoma, led UNLV last week with 19.5 points per game. He also averaged 5.5 rebounds, 5.0 assists, three 3-pointers and a steal per contest.
In the victory over the Flyers, UNLV’s first over a ranked non-conference team on its home floor in eight years, Harkless scored a game-high 24 points on 9 of 19 shooting with six rebounds and three assists. He wrapped up the week in the win over the Panthers with 15 points, tallying seven assists.