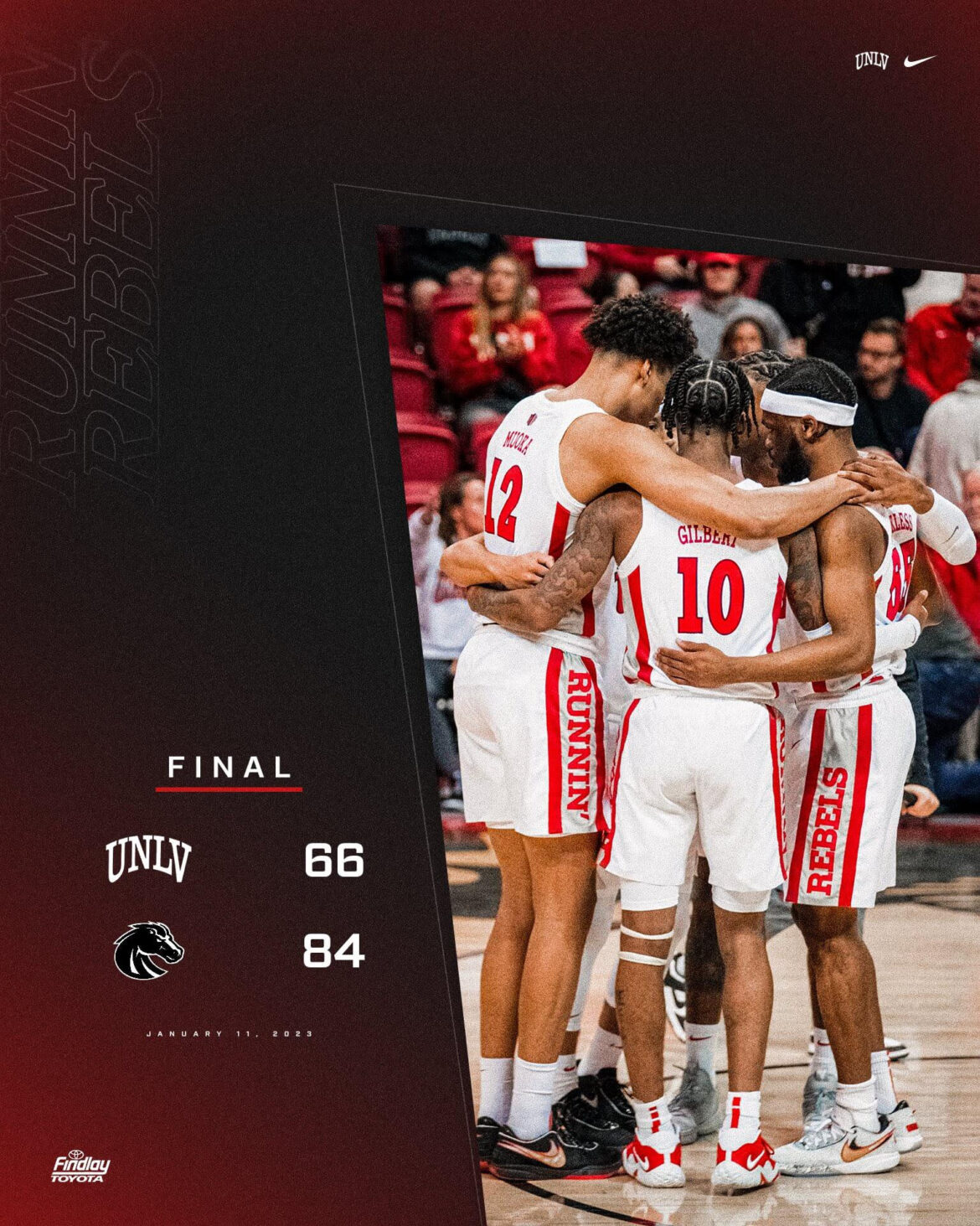 Five players scored in double figures for the Broncos (13-4, 3-1). Tyson Degenhart and Chibuzo Agbo each scored 17 points and combined to shoot 14 of 19 from the field. Degenhart added 12 rebounds and six assists.

TURNING POINT: UNLV took a 33-31 lead into halftime, but Boise State began the second half on a 14-3 run and led by 16 with 11 minutes to play. The Runnin’ Rebels cut their deficit to six points but couldn’t get closer.

OTHER NOTES:– Degenhart was 8 of 9 from the field, while Agbo was 6 of 10. Marcus Shaver Jr. added 15 points with six assists and Naje Smith had six blocked shots.- Boise State made 14 of 26 3-pointers for the game and outscored UNLV 53-33 in the second half.- Gilbert was 6 of 12 from the field, while Webster was 5 of 9. – Gilbert had four assists. Luis Rodriguez and Jordan McCabe each finished with seven rebounds.- McCabe scored all nine of his points on 4 of 6 shooting and grabbed all seven of his rebounds in the first half. – UNLV managed just 6 of 14 on free throws.- Boise State outrebounded UNLV by four, 35-31.- Boise State led in second-chance points 13-7.- There were six lead changes and one tie throughout the game.

– UNLV has made at least one 3-pointer in a NCAA-record 1,177 straight games.

NEXT FOR THE RUNNIN’ REBELS: UNLV will remain home at the Thomas & Mack Center on Saturday, Jan. 14, to host Colorado State at 4 p.m. Legendary “Voice of the Rebels” Dick Calvert will be honored at halftime in a ceremony that will include the revealing of a banner in the rafters.

BUY TICKETS: Tickets for the game may be purchased at UNLVtickets.com, by calling 702-739-FANS or in person at the TMC Box Office.