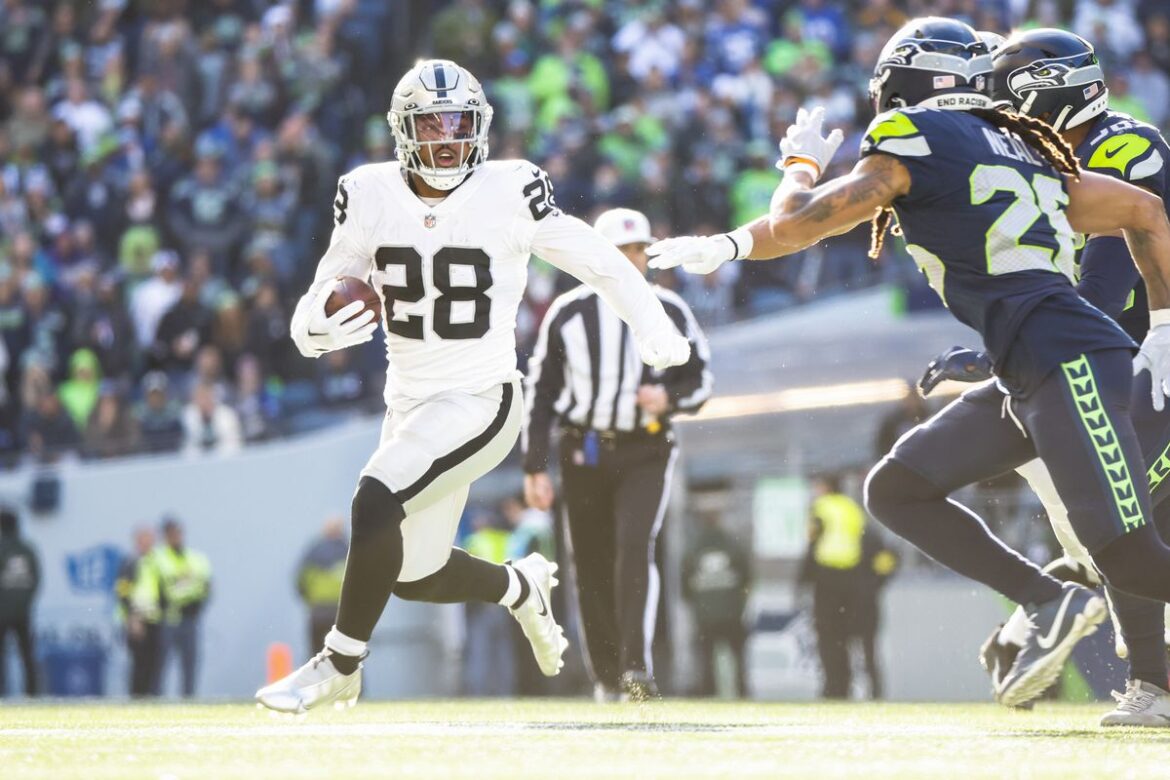 On the next play, Josh Jacobs broke loose up the middle for a 86-yard touchdown to end the game. Last week, it was a Carr to Devante Adams connection on the first play of overtime against the Denver Broncos.

Jacobs finished the game with 229 yards rushing on 33 carries, with two touchdowns. Carr was 25-of-36 for 295 yards with three touchdowns and two interceptions.

After trailing by four at the half, the Seahawks came out on the first drive of the second half and scored on a Kenneth Walker III rush from 14 yards out.  But Carlson answered for the Raiders to tie the score at 27-27 with 5:03 left in the third quarter.

Seattle again took a lead as Smith hit Travis Homer on an 18-yard scoring pass with 5:37 left, but Carr and Foster Moreau answered back to tie the score at 34-34 with 1:54 left in the game. The Raiders forced a punt on the ensuing possession to send the game to overtime.

Raiders lead at the half

The scoring started in the first half as the Seahawks capitalized on a Raiders fumble as Walker rushed in from 12 yards out to give Seattle a 7-0 lead. The Raiders answered on their next drive as Carr connected with Ameer Abdullah on an 18-yard touchdown pass to tie the score at 7-7.

Jason Myers hit field goals from 24 yards and 34 yards as the Seahawks increased their lead to 13-7 lead early in the second quarter.

Las Vegas extended the lead to 21-13 when Jacobs broke loose on a 30-yard touchdown run with 8:29 left in the half.

Seattle cut the lead to 21-20 as Geno Smith hit Tyler Lockett on a 35-yard touchdown pass. The Raiders extended the lead to 24-20 with 10 seconds left in the half on Carlson’s 36-yard field goal.