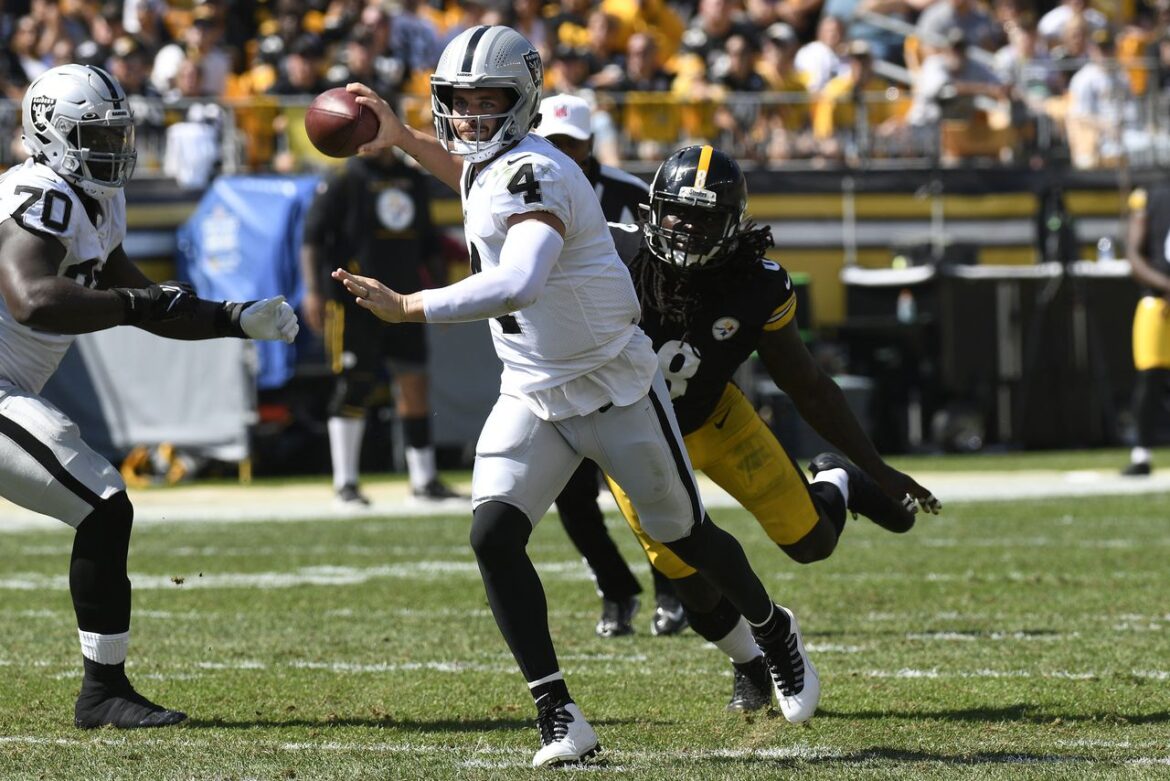 Derek Carr and Kenny Pickett are solid quarterbacks. They both have had some decent quarterback play this season. But who is better? Let’s take a look at their stats and see where they rank against each other in this Week 16 matchup. In case you missed it, get the latest Raiders news, Raiders vs Steelers predictions, and where to watch Raiders vs. Steelers.

It’s only slightly concerning that Chandler Jones boasted more yards after the catch than any other Vegas pass-catcher in Sunday’s bizarro win over the Patriots.

Still, Carr helped set the stage for that improbable ending. The second-half drive chart read like a morgue report — interception and five straight punts — before Carr helmed a nine-play, 81-yard, two-minute march capped by Keelan Cole‘s controversial 30-yard toe-tapper in the end zone. Was he in or out? “We looked at every available angle and it was not clear and obvious that the foot was on the white,” NFL senior vice president of officiating Walt Anderson said after the game. “There was no shot that we could see — we even enhanced and blew up the views that we had.”

The upheld call triggered a kickoff to New England that set the Patriots up at their own 25 with 32 ticks on the clock. Six plays later, Jones was off to the races.

I enjoyed watching Pittsburgh grind out a 21-play, 91-yard touchdown drive that burned up nearly 12 minutes of the third quarter and carved out a 21-7 lead off Trubisky’s 1-yard scoring bash. Pickett’s backup did what he was told, pegging 17-of-22 passes — favoring Diontae Johnson and hitting George Pickens on a heater down the sideline — and staying out of trouble beyond a near pick to Shaq Thompson. Pittsburgh was an admirable 12 of 16 on third down in its sixth win of the season. An offense once left for dead has displayed growth on the ground, better line play under coach Pat Meyer and just enough from its collection of quarterbacks.

Derek Carr has the advantage over (rookie) quarterback Kenny Pickett in every category. It is obvious Carr is the better QB in this matchup. Follow Mike Dixon on Twitter at @MikeDixon_VST, Vegas Sports Today on Twitter at @VegasSportsToday.