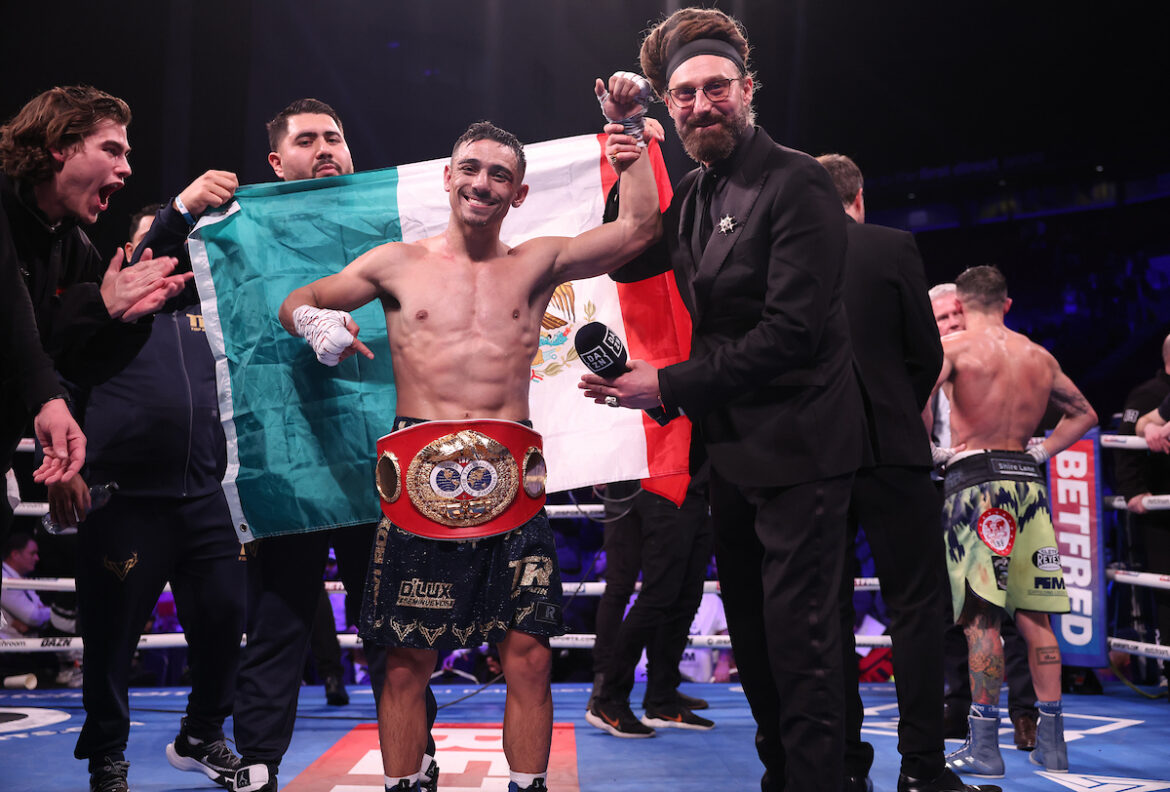 In a match where the home fighter’s dirty tactics were completely ignored, Luis Alberto Lopez (27-2 15Kos) went to Leeds, England, and pulled off the slight upset. “El Venado” entered enemy territory and showed no fear in taking the fight to the IBF Champ Josh Warrington (31-2-1 8kos). The fight had a lot of questions and gave some answers, but the ending resulted in the correct decision for Lopez which many questioned would happen. The new IBF featherweight champion received a majority decision with scores of (114-114 and 115-113) and he went into a big celebration following the announcement.

Early on Lopez was getting to Warrington early and had his nose bloodied, but in what seems to be a typical occurrence in his fights Warrington delivered a headbutt to cut Lopez along the eye. Lopez was bothered and annoyed by what he felt was a purposeful headbutt. Warrington was coming up as he threw the punch, but the head landed first. The response from the Mexican native was what may have given him victory in the long run. The awkward style and long-range shots from Lopez gave Warrington fits as he tried to bull him, but early on to no avail.

The fight was close, but Lopez took the majority of the first eight rounds and was pushing through many dirty shots from Warrington who was never warned by the referee. Many wondered how Lopez would respond to the tactics and early on he did well. It did begin to wear on him the more the fight went on as he complained to the ref, but with nothing to his favor. “I knew he was a dirty fighter,” said Lopez in his postflight words.

As the fight entered the championship rounds the hometown fighter began to apply more pressure and started to win the rounds cleaner, but it was a little too late. It appeared to many that he had taken three of the last four rounds, but it wasn’t enough. He said he believed a point should’ve been taken away from Lopez for holding and said he is not a dirty fighter. With the scorecards being read and Lopez announced as the rightful winner, Warrington dipped his head following the second loss of his career and now he must figure out what’s next, while Lopez returns home a World Champion.

In a fight where some believed that Bridges was trying to avoid O’Connell, the women’s IBF Bantamweight champion shut that thought down. Bridges (9-1 4 kos) responded to being wobbled at the end of round one with a knockdown of O’Connell early in round three. The one-two from Bridges dropped the challenger and with the relentless pressure being applied the champion wore O’Connell down. The fight brought two popular Australian women’s fighters and it turned into an exciting fight. The pace as I mentioned from Bridges was the difference as the fight went on O’Connell slowed up until the point where she was caught against the ropes and following a quick attack referee Howard Foster called a halt to the fight.

Bridges answered some questions and now has her first title defense in her hand. With many speaking about her looks more than her fights, this performance will bring more attention to the in-ring action. What’s next for the “Blonde Bomber”? A hometown fight or unification seems like it could go a long way for her following this defense.