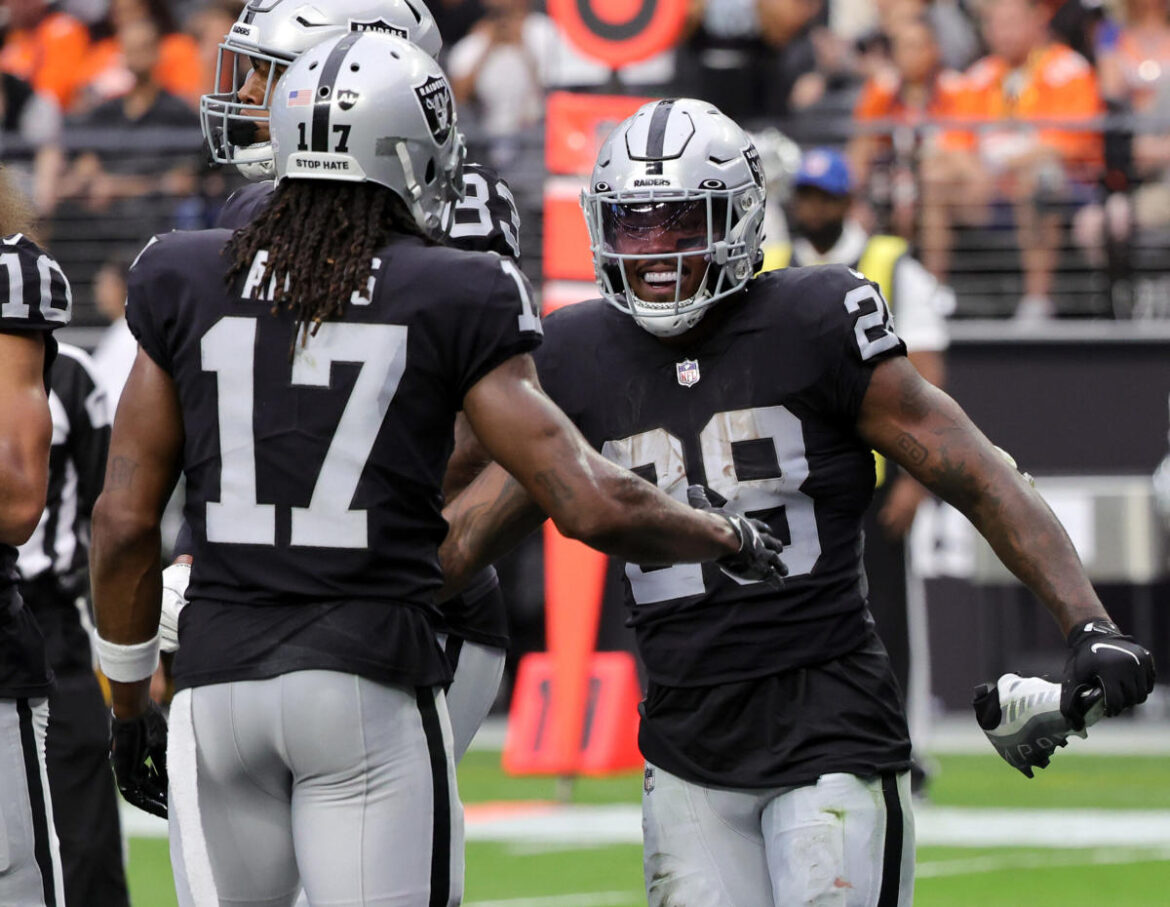 Adams earns first-team All-Pro honors for the third time in his career (2020, 2021). He finished third in the NFL in receiving yards with 1,516, becoming only the sixth player in NFL history to record two straight seasons of 1,500-plus receiving yards. His 14 touchdown catches led all players, and he registered his fourth career season with 100-plus catches. His receiving yardage total is the highest in franchise history, surpassing Pro Football Hall of Famer Tim Brown’s 1,408 yards in 1997.

Jacobs was named first-team All-Pro for the first time in his career. He totaled 1,653 yards on the ground in 2022, joining Marcus Allen (1985) and Clem Daniels (led the AFL in 1963) as the only three players in franchise history to win a league rushing title. His rushing total is the second highest in franchise history, behind Pro Football Hall of Famer Marcus Allen’s 1,759 yards in 1985. He also led the league with 93 rushing first downs and 2,053 total yards from scrimmage.

Carlson receives first-team All-Pro honors for the first time in his career after being named to the Second Team in 2021. He finished the season with 137 total points, tied for third most in the NFL, and scored 10-plus points in eight games, the most in the NFL and tied for most in a single season in Raiders history. His 34 made field goals were tied for second-most in the league, while he made an NFL-record 11 field goals from 50-plus yards.

Thanks for reading. Make sure to bookmark this site and check back daily for the latest Las Vegas Raiders news and analysis year-round. Also, you can follow me on Twitter at @MikeDixon_VST, and that’s where you can ask questions.You also can ask questions via email at [email protected]