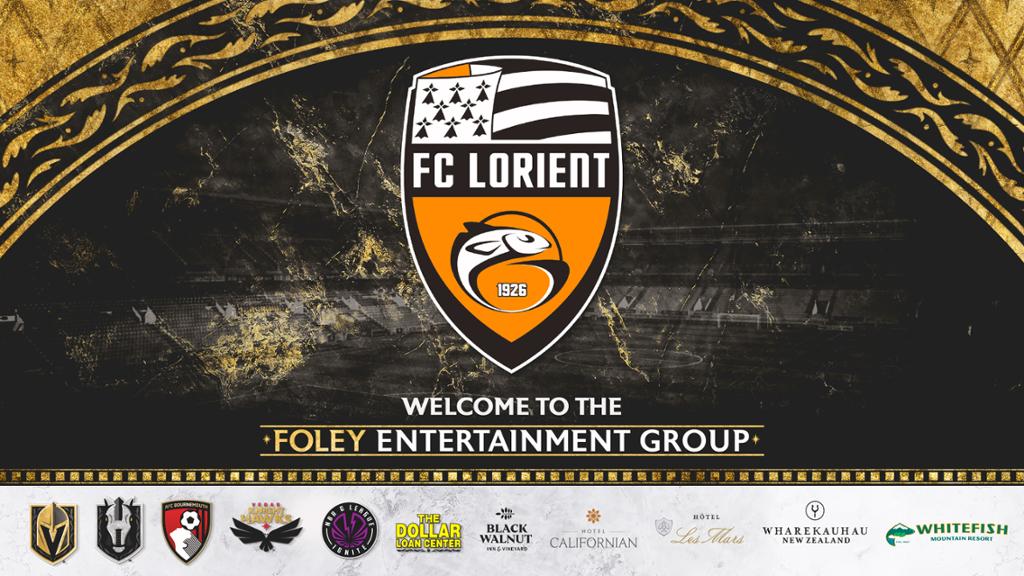 The investment in FC Lorient advances BKFC’s multi-club ownership strategy initiated last month with the acquisition of AFC Bournemouth, an English Premier League club. The partnership is building a global network of world-class football clubs, players, and real estate assets that will produce operational synergies, accelerate player development, enable efficient player migration across BKFC’s network of owned and operated clubs, while driving both strong on-field and financial results. The minority ownership group is led by award-winning actor, director and producer Michael B. Jordan and Nullah Sarker (The Players Tribune, Cedar Lane Capital). Jordan and Sarker will work closely with Foley in areas including global marketing and internationalization of BKFC.

“We are excited to announce a strategic partnership and investment in FC Lorient today,” Foley said. “Loïc Fery has successfully built a best-in-class football club and will be a great partner as we build BKFC into a leading multi-club football operator. I look forward to partnering with Loïc and his team to accelerate the success of FC Lorient and BKFC.”

For the last 14 seasons, FC Lorient has operated under the leadership of Fery, after becoming the youngest president and owner of a Ligue 1 club. Fery’s management has been central to the growth and development of the Club. FC Lorient will be a key contributor to, and beneficiary of, BKFC’s multi-club ownership strategy. In BKFC, FC Lorient adds an operator with a track record of success in Foley, who founded the Vegas Golden Knights of the National Hockey League and recorded the most successful season for an expansion franchise in any sport, having reached the Stanley Cup Final in the inaugural season.

Fery commented: “FC Lorient represents an extraordinary opportunity, which also involves great responsibilities. Since I took over the club in 2009, each of my decisions has been motivated by the objective of structuring and sustaining the club at the highest level. Ligue 1 has an ambition of excellence for French football, and I want our team to be part of this increasingly competitive future. Bill’s experience and results in professional sport (notably with the Vegas Golden Knights), his passion, his determined character, and his global approach to football with Bournemouth convinced me to join forces. I am very happy to make this opportunity a reality for FC Lorient and welcome Bill to FC Lorient.”

FC Lorient is a fixture of Ligue 1, the top professional football league in France, having competed at the highest level of French football for 13 of the last 16 seasons. Ligue 1, which refers to itself as “The League of Talents”, was a priority for BKFC as it is home to some of the best academies in Europe and is known for developing some of the most talented players in the world. FC Lorient currently sits in sixth place in Ligue 1 and has the fourth youngest roster, a testament to the Club’s ability to effectively develop and utilize its youth talent.

Thanks for reading. Make sure to bookmark this site and check back daily for the latest Las Vegas sports news and analysis year-round. Also, you can follow me on Twitter at @MikeDixon_VST, @VegasSportsTD, and that’s where you can ask questions.You also can ask questions via email at [email protected]