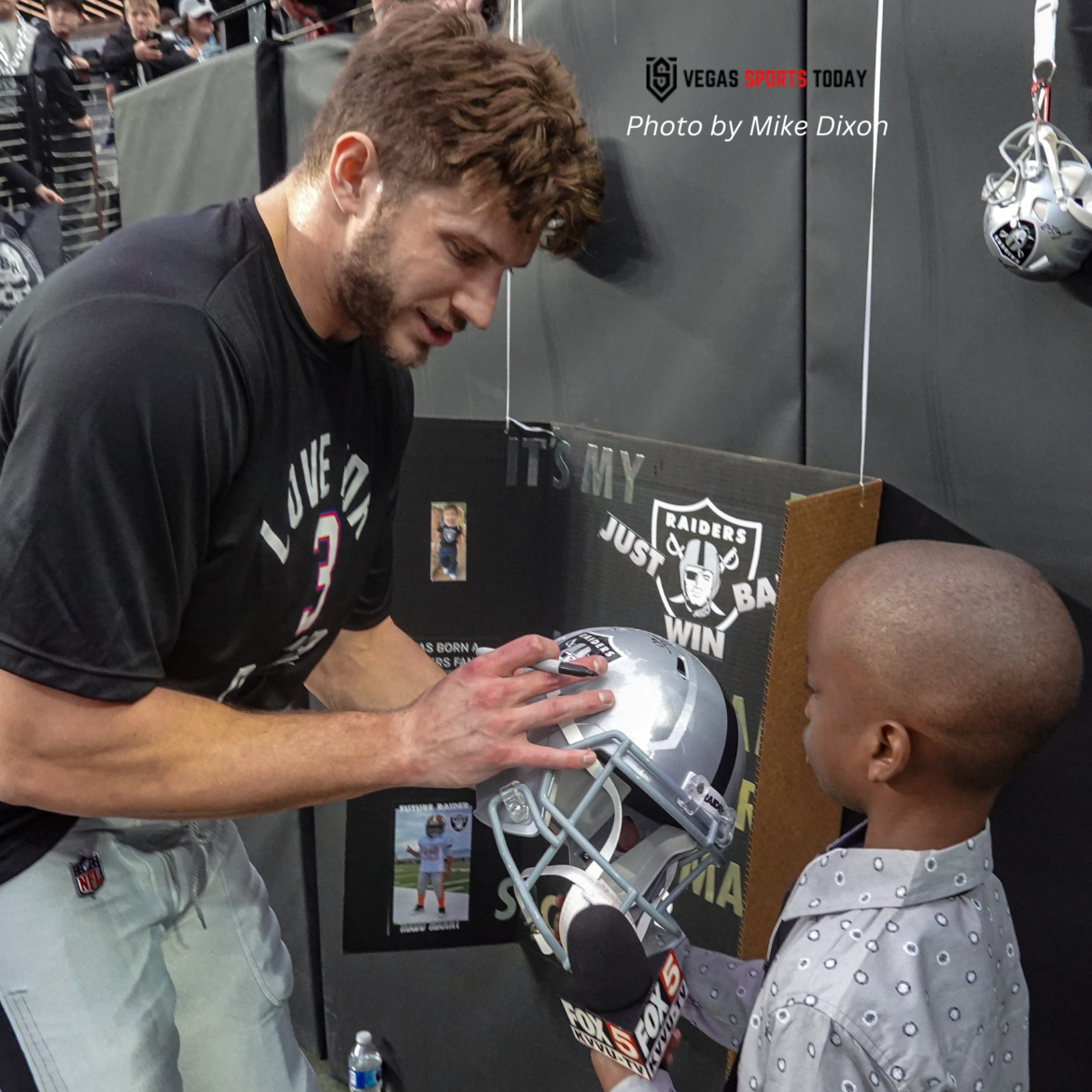 On Sunday, 10-year-old Jeremiah made waves in the National Football League when he confidently approached Las Vegas Raiders WR Davante Adams at Allegiant Stadium. With impressive poise and articulation, the young reporter stole the show by bringing attention to a range of game statistics – leaving social media users astonished and inspired.

Adams earns first-team All-Pro honors for the third time in his career (2020, 2021). He finished third in the NFL in receiving yards with 1,516, becoming only the sixth player in NFL history to record two straight seasons of 1,500-plus receiving yards. His 14 touchdown catches led all players, and he registered his fourth career season with 100-plus catches. His receiving yardage total is the highest in franchise history, surpassing Pro Football Hall of Famer Tim Brown’s 1,408 yards in 1997. Get the latest Raiders news here.

UNLV football linebacker Austin Ajiake, who led the Mountain West in tackles last year, is scheduled to play in the Hula Bowl on Saturday in Orlando, Florida.

The prestigious postseason collegiate all-star game is being held at UCF’s Bounce House in the Sunshine State. The 77th edition of the Hula Bowl will be shown live on CBS Sports Network starting at 9 am PT. The head coaches will again be former Atlanta Falcons head coach Mike Smith and former Baltimore Ravens head coach Brian Billick.