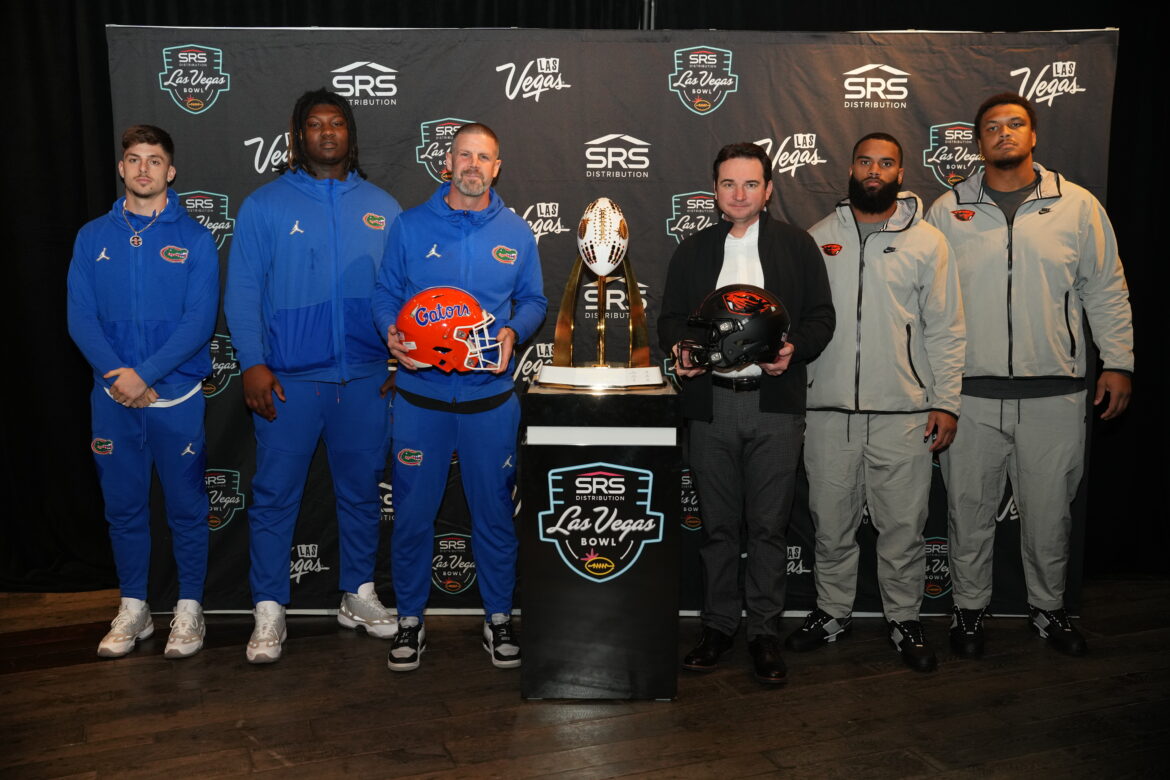 ESPN Events has flexed the kickoff times and networks of the SRS Distribution Las Vegas Bowl and the New Mexico Bowl on Saturday, Dec. 17 during the upcoming college football bowl season.

The Las Vegas Bowl, which will feature the Oregon State Beavers and Florida Gators at Allegiant Stadium in the first scheduled bowl matchup of Pac-12 and SEC programs in 33 years, will move to an earlier kickoff at 11:30 a.m. PT I 2:30 p.m. ET on ESPN.

The New Mexico Bowl, which will match BYU against SMU at University Stadium in Albuquerque, will move to 7:30 p.m. ET | 5:30 p.m. MT window on ABC.

The time change is a result of the Las Vegas Raiders NFL game on Sunday, Dec. 18 being flexed to an earlier time, leaving a shorter window to prepare Allegiant Stadium for the NFL game following the Las Vegas Bowl.

“The SRS Distribution Las Vegas Bowl and New Mexico Bowl are both owned and operated by ESPN Events, so this change is a solution that works for all parties,” said Clint Overby, Vice President, ESPN Events. “We are accustomed to flexibility and we anticipated having to maneuver our event schedules based on the possibility of the Raiders game being flexed.”