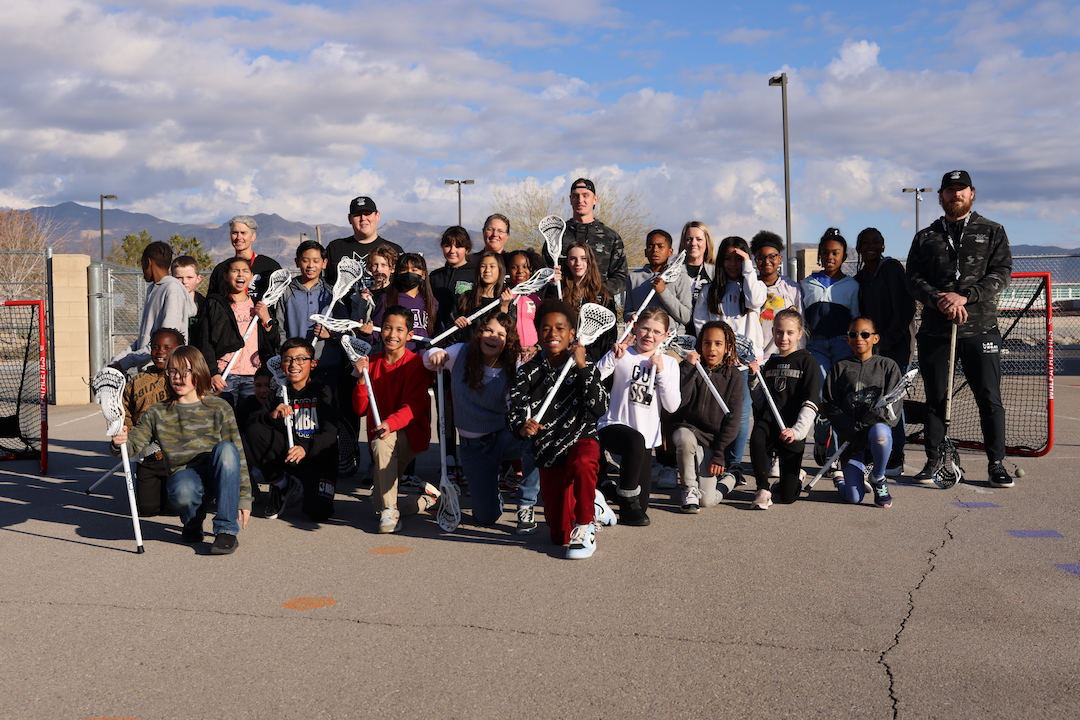 “Every time we get to come to schools like this or introduce kids to [lacrosse] and you see the excitement on their face how happy they are getting the opportunity to play – it’s really special,” said Desert Dogs transition specialist Erik Turner. “Hopefully we see some of these kids in the stands on December 16…that’s going to be a really special opportunity to see someone who’s been introduced to the sport through us that [become] big fans and go on to play at a high level.”

The program is aligned with the organization’s mission of growing the game of lacrosse in southern Nevada. The program aims to make the game more accessible to the youth in Las Vegas, creating an opportunity for elementary and middle school aged students to gain exposure to the sport.

The Las Vegas Desert Dogs will make their highly anticipated National Lacrosse League debut Friday night, December 9, against Panther City Lacrosse Club at Dickie’s Arena. Faceoff is slated for 5:30 pm PT. The game can be watched locally in Las Vegas on MyLVTV and streamed on ESPN+.

LVDD will then open its doors for the first time at Michelob ULTRA Arena on Friday, Dec. 16 for the franchise’s inaugural home game vs. Panther City. Information on Desert Dogs Inaugural Home Game tickets, season ticket packages, group tickets, merchandise and camps can be found online at LasVegasDesertDogs.com or by calling 702-818-DOGS.

The Las Vegas Desert Dogs were launched on June 21, 2021 as the 15th team in the NLL beginning play in December 2022. The team is co-owned by Wayne Gretzky, Dustin Johnson, Steve Nash, and Joe Tsai. The team will play at Michelob ULTRA Arena located inside Mandalay Bay Resort and Casino.