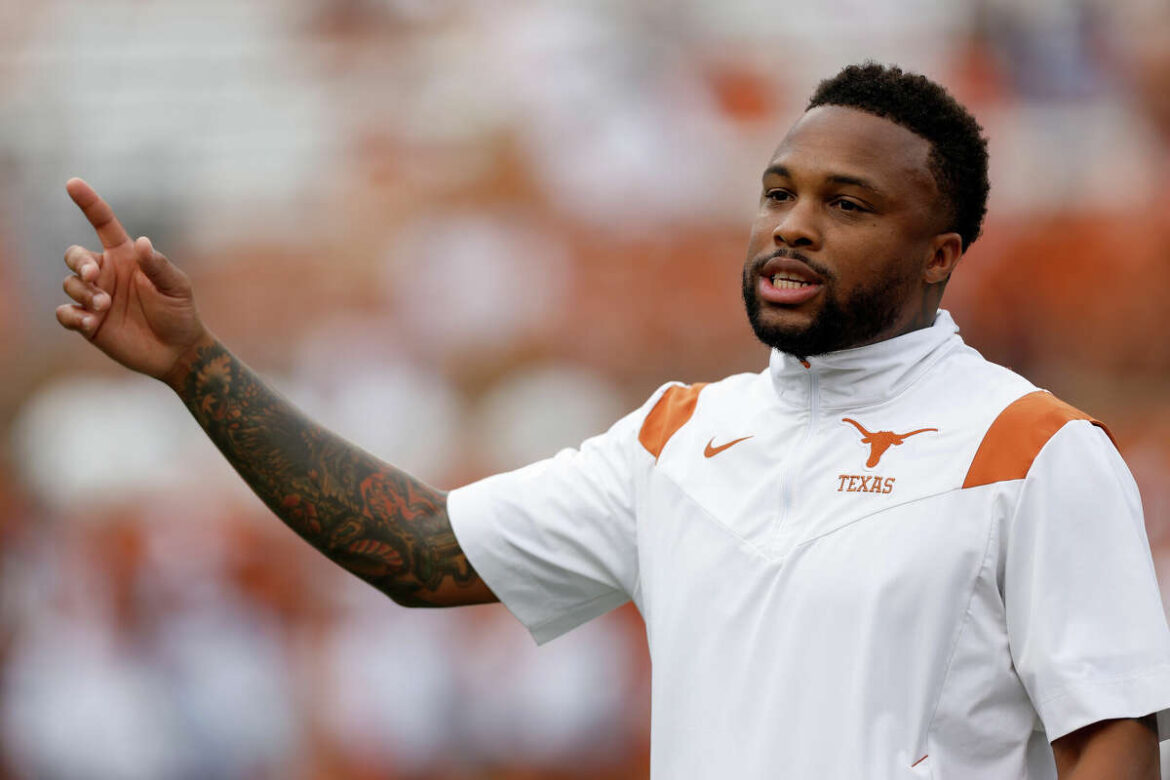 One of the nation’s most highly regarded assistants, Marion is the architect of the innovative “Go-Go Offense” and brings experience as offensive coordinator at two previous schools.

“I’m excited to welcome Coach Marion to Las Vegas because his innovative ideas on offense will give us an advantage,” said Odom. “Our offensive staff will be able to blend together their ideas to schematically give our student-athletes an exciting and explosive offense to play in at UNLV. Coach Marion is a perfect fit for our program and I look forward to watching him develop and mentor our guys.”

Marion comes to campus from the University of Texas where he served last season as the passing game coordinator and wide receivers coach. The Longhorns finished with a top 25 scoring offense (34.5 PPG) while Marion tutored Big 12 Conference receiving touchdowns leader Xavier Worthy, who was named second team all-league after finding the end zone nine times as a sophomore.

“I’m extremely grateful for Coach Odom and the opportunity to build a dynamic offense that the UNLV football community can celebrate and be proud of,” said Marion. “I’ve always been enamored by the UNLV program and its brand because I was born to be a rebel.”

Before moving to Austin, Marion, 35, coached 2021 Biletnikoff Award winner Jordan Addison at the University of Pittsburgh. The nation’s top wideout was a consensus first team All-American after setting a school single-season record with 100 catches for 1,593 yards and an FBS-leading 17 touchdowns. In fact, Marion was a part of a Panther staff that produced one of the nation’s most explosive offenses, serving as wide receivers coach for an attack that ranked among the nation’s top eight in scoring (41.4 PPG/4th), total offense (486.6 YPG/8th) and passing offense (337.4 YPG/8th). Pitt finished with an 11-3 record, its first-ever ACC Championship, a No. 12 final regular-season ranking and a berth in the New Year’s Six Chick-fil-A Peach Bowl.

UNLV will mark Marion’s second stop in the Mountain West as he served as wide receivers coach at the University of Hawaii in 2020. On the islands, he oversaw the development of All-MW receiver Calvin Turner who was named the New Mexico Bowl Most Outstanding Offensive Player after compiling 252 all-purpose yards and scoring two touchdowns in the Rainbow Warriors’ 28-14 win over Houston.

In 2019, Marion was the offensive coordinator and quarterbacks coach at William & Mary, where he dramatically improved the Tribe’s production in every major statistical category. William & Mary nearly doubled its scoring average while its total offensive output increased by almost 100 yards per contest.

Marion’s first Division I coaching opportunity came at Howard University, where he posted two exceptional seasons (2017-18) as the Bisons’ offensive coordinator and quarterbacks coach. Howard boasted a potent offense in 2018, ranking fourth nationally in yards per completion (17.27), 15th in total yards (470.8 YPG), 16th in passing offense (278.0 YPG) and 21st in scoring offense (33.6 PPG). The Bison led the Mid-Eastern Athletic Conference in each of those categories, as well as rushing yards per game (192.8). Howard helped produce seven first team All-MEAC performers on offense, including the league’s 2018 Offensive Player of the Year (quarterback Caylin Newton) and Rookie of the Year (running back Dedrick Parson). In 2017, Newton was named the MEAC Rookie of the Year after becoming the first freshman in conference history to surpass 3,000 yards of total offense (3,185). Marion’s offense sparked Howard to a 7-4 record in 2017, including a memorable 43-40 win over UNLV at Sam Boyd Stadium in the season opener.

Marion, who earned prestigious invitations to the NFL Quarterback Coaching Summit and AFCA 35 Under 35 Leadership Institute, spent the 2015 season in the Pac-12 Conference as an offensive quality control assistant at Arizona State.

Prior to joining the collegiate ranks, Marion orchestrated two impressive turnarounds as a high school head coach. In 2014, he led Pennsylvania’s Waynesboro Area, which went 0-10 the year before, to the Mid-Penn Colonial Division title and its first winning season in 22 years. In 2013, Marion guided St. Patrick-St. Vincent in Vallejo, California, to the North Coast Section Division IV playoffs following a 1-9 season before his arrival. He began his coaching career in 2011 at West Valley community college in California before spending a year at The Harker School in San Jose.

Prior to Tulsa, he was a standout at De Anza College. In 2006, he led California’s junior colleges with 1,196 receiving yards and 16 touchdowns on 60 receptions. Following his collegiate playing career, Marion signed free agent contracts with the NFL’s Miami Dolphins, as well as the Canadian Football League’s Montreal Alouettes.

A native of Greensburg, Pennsylvania, Marion was a four-year letterman in three different sports (football, basketball and track) at Greensburg Salem High School.