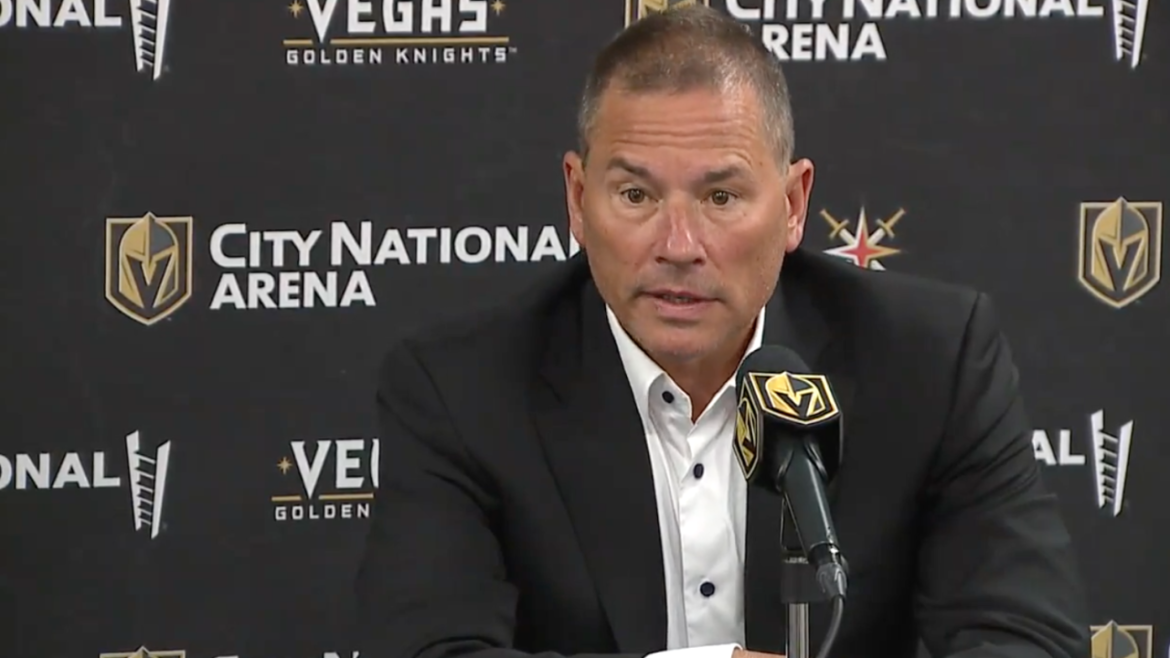 The National Hockey League announced today, January 11, that Bruce Cassidy will serve as the head coach of the Pacific Division during the 2023 Honda NHL® All-Star Weekend, which will be held at FLA Live Arena in Sunrise, Florida on Friday, February 3 and Saturday, February 4. The event will include the NHL All-Star Skills on Friday and the Honda NHL All-Star Game on Saturday. This is the second time in his coaching career that Cassidy has been named to the NHL All-Star Game (2020), and he will join Logan Thompson as representatives from the Golden Knights.

Cassidy joins Jim Montgomery of the Boston Bruins (Atlantic), Pete DeBoer of the Dallas Stars (Central) and Rod Brind’Amour of the Carolina Hurricanes (Metropolitan) as head coaches for the event. Cassidy was selected as head coach after leading Vegas atop the Pacific Division with a .667 points percentage (points earned divided by total possible points) through games as of Tuesday, January 10.

The native of Ottawa has steered Vegas to an overall record of 27-13-2 in 42 games during his first season with the Golden Knights. Prior to his time in Vegas, Cassidy served as head coach of the Boston Bruins, where he was promoted from assistant coach during the 2016-17 NHL season. During Cassidy’s tenure in Boston, the Bruins qualified for the postseason in each of his six seasons behind the bench. Cassidy won the Jack Adams Award following the 2019-20 season as the NHL’s best coach.